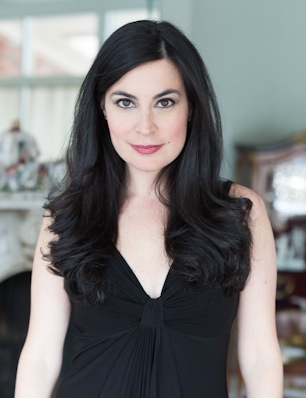 I happened to be flipping through the newest edition of Real Simple magazine on my handy little Nook and read, “There is no greater role for a mezzo-soprano than Carmen. In the opera repertoire, which contains multitudes of adolescent-male characters in drag, she is the exception—the sexy and dangerous femme fatale.” It is possible that my jaw literally dropped open to read something related to opera in one of my favorite mainstream magazines. Nevertheless, there was Adrienne Starr‘s beautiful essay. Real Simple asked, “If you could change one decision in the past, what would it be?”  Starr reflected on her “impulsive, life-changing choice—and her struggle to reclaim the identity she lost” to win the 2013 Life Lessons Essay Contest.

And Now, for an Encore

There is no greater role for a mezzo-soprano than Carmen. In the opera repertoire, which contains multitudes of adolescent-male characters in drag, she is the exception—the sexy and dangerous femme fatale. My favorite of her arias is “Seguidilla,” a lilting song of seduction that sounds effortless when sung well, though in truth it is challenging for nearly everyone who tackles it. It was while performing this aria that I decided to stop singing.

I did not make this decision as I waited in the cramped hallway outside the studio, sandwiched between other hopefuls stealing furtive glances at one another. And not afterward, muddling through the familiar disappointment of yet another failed audition, getting only a curt “Thank you” as I left the room, deflated. Instead, I quit just as I finished singing the line “Mon coeur est libre comme l’air” (“My heart is free like the air”). This is not the end of the aria, but it is where I stopped.

I apologized to the accompanist, then turned to the audition panel. There were three of them sitting behind a table, a tall stack of résumés and head shots spread out before them. Their brows were knitted in confusion, or perhaps annoyance.

“I am so sorry,” I said. “I’ve been ill.” (Not true.) I gestured vaguely at my stomach. “I should have canceled. Sorry for wasting your time.” I quickly collected my music and scurried from the room. I emerged to the hustle of midtown Manhattan, getting lost in the passing crowd, stepping in rhythm with the anonymous many.

I read on through the rest of her essay utterly amazed at Starr’s openness and vulnerability in telling her story. She made a decision that terrifies singers. Many of us have our identities wrapped up so fully in singing we couldn’t imagine our lives without that one vocation or pursuit. I found it freeing to read Starr’s essay and I hope that you do too. Life has such diverse paths mapped for us all.